Downtown Vancouver to Get “Knee to Knee”

Alisdair Smith’s experience at an event co-led by thought leaders Peter Block and John McKnight in Cincinnati last year hit him at the cellular level, he says.

The Vancouver resident is now planning a similar gathering for two downtown neighbourhoods in his home city, West End and Yaletown. The former is one of North America’s most densely populated areas. 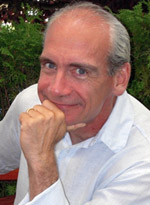 The Vancouver gathering is slated for Sept. 6 and 7. Like the Connecting for Community event Alisdair attended in Cincinnati, people will be invited to get knee to knee in small groups, have conversations and build relationships with each other. “Titles don’t matter; wealth or lack of thereof doesn’t matter.” The focus will be on what each has to bring and wants to do to help co-shape their neighbourhoods’ futures.

Alisdair contrasts this with community town halls that government officials have confided in him they dread. Local residents stand up one by one and advocate their positions. They often do so violently; with few listening or inquiring; many leave at the end of the night still angry.

The nave of Christ Church Cathedral will be host to these alternate conversations, also an inspired choice after Alisdair’s participation in an event with British author and commentator Karen Armstrong at a Burnaby mosque recently.

“It was really quite extraordinary,” he says, recalling being struck by the number of people there who would never otherwise step foot in a mosque.

Alisdair’s aspiration is to see this small-group phenomenon ripple globally, held in places that were originally made in honour of “something bigger than the rest of us,” including churches, synagogues and mosques.

He foresees this changing the communications paradigm now calcified in fear and greed.

“The connecting for community dialogue fights against that (fear and greed).

“It says there are other ways for human beings to communicate with each other and those ways are actually what change the world for the better.

“To have a global gathering of people engaged in and practicing communication and connection that is about compassion, about care, about love, about curiosity and wonder . . . to have an open heart and an open mind . . . that’s how we can start building a more peaceful world.”

Alisdair already has his ticket for the next gathering with Peter and friends, slated for April 24-26. He’s hoping to meet an artist/movie producer again whose random action at the event last year also inspired him. The artist borrowed flowers from the lobby in his hotel to add some life to his room, returning them when he left.

In the months after, Alisdair began adding a bouquet of fresh flowers to his apartment every so often. The flowers infuse “colour, life, creativity and newness” in a physically demonstrative way.

Even this small shift shows “you can’t predict what a gathering like this might lead to,” Alisdair, a clergy and leadership coach, says.

“We had these amazing conversations and then you have these moments where you have no idea what it is that will change for you.

“That’s all growing out of this amazing space of diverse human beings coming together and not having a set agenda about where we’re going to go and what this is going to look like at the end of the day.

Reposted with permission by Axiom News. Images, from top: Attendees show their delight at a gathering of people from around the world who came to “connect for community.” Photo by Harriet Kaufman. Alisdair Smith. Photos courtesy Axiom News. Home page image: Joe Houghton.