Escaping to Freedom of Association and Neighborliness

Putnam tries to determine the reasons for the decline and concludes that “the most significant predictor of civic disengagement is the dependence on television as entertainment.” Indeed, one study indicates that the average American household has a television turned on seven hours per day.

Bowling Alone was published in 2000, and Putnam did not have the advantage of data regarding the additional screen time created by the Internet’s social media uses.  Certainly, this newer electronic screen has consumed even more hours of Americans’ time that might have been involved in social, civic and associational life.

The recovery of the powers of associations, benefits of neighboring and the value of giving is closely related to freeing Americans from the growing addiction to electronic screens.

There is increasing evidence suggesting that television and the Internet are addictive, because they never satisfy.  They demand evermore of the “fix.”  Therefore, to break loose is a demanding discipline. However, it is an escape to freedom.

At a recent conference, I met a young woman named Nicole Cashin. She told me that she was “escaping from Facebook.”  I was so impressed by her decision that I asked her to write a description of her experience.  The following is her response — elegant description of the escape to freedom. 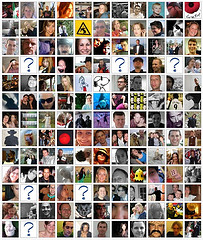 Time-wasting. Distraction from doing what is real and important to me. Substitution for face-to-face interaction. Knowing too much about other people’s lives and not really knowing the people themselves. Not being so keenly present or aware of my world. These are all reasons why I quit Facebook. These are all ways in which Facebook has inhibited me from living a fuller life.

In the course of a decade, I built a web of over 500 Facebook friends. At first I was using it as I believed it was intended — to make connections with the people I met in my life and to have a way to stay in touch. But throughout that time, I also grappled with what I was doing. I didn’t necessarily value that I was taking part in a system that would truly prefer me to be interacting with my friends via computer screens rather than face-to-face. But during that decade, I couldn’t bring myself to do anything about it — I used excuses such as that this is the vehicle through which I can keep in touch with my friends in Armenia, my buddies from Peace Corps who live across the globe, college friends and family. This is the way I get invitations to events. This is a way I can go about my work. This is how I get my news.

This past summer though, I had time and space to ask myself an important question:  “what do I truly believe in, and how am I living those beliefs out in my daily life?” A lot of answers have been coming to me, and I’ve been doing what I can to make some positive changes. In regards to Facebook: my answer is that I believe in having meaningful connections with people. Facebook has been supplying the connections but neither the meaningfulness nor the personalism. Plus, I haven’t even been paying attention to the event invites, and I haven’t actually done my work via Facebook.

I was mindlessly taking part in a system that was inhibiting real interaction with myself, my community and my world.

I realized that I was mindlessly taking part in a system that was inhibiting real interaction with myself, my community and my world. When I wanted to take a break from doing something like reading a book or working on my plants, I’d “rejuvenate” by checking Facebook — and an intended five-minute break would turn into a forty-five-minute break. I felt no more rejuvenated, ever, after this break. It was a distraction that halted my productivity. It was a means that satisfied “seeing” what was happening in my friends’ lives so I didn’t need to pick up the phone and call them. And in terms of news — I felt as though I had to really sift through so many ramblings to find news that wasn’t slanted or presented in an overly emotional way.

With the intention of not being on Facebook, I have taken time to get back to the things I love doing. I hooked up my record player and started listening to my vinyls again. My plants have become more vivacious. I’ve been reading and thinking more deeply. I’ve been sitting in real silence and it’s nice. I’ve been spending time with people on my porch, meeting new people out and about and overall am practicing being more present in the world rather than using Facebook as an unconscious tool for escape. I’ve been calling my friends in Armenia and picking up the Armenian language again. This presence and time has afforded me space to intentionally meditate on and further work towards the values and community life — both locally and globally — that I want to experience.

I’m recognizing how in control I am to create the kind of space I want to live in. There is an elegance and a happiness in simplicity. By paring down my life from Facebook, I’m taking a step towards this elegance — and I’m feeling more full of happiness because of it.

The Gifts of Strangers: Understanding the Benefits of Diversity