What if Marginalized Neighbourhoods Crafted Their Own Handmade, Place-based Economies?

From entrepreneurs in their 20s to established real estate developers, the diversity of people who joined the first few gatherings on neighbourhood economics in Cincinnati had an initiator of the effort, Peter Block, happily stunned. 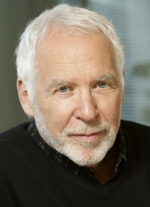 The most excited people in some cases were the people who came in with the most responsibility — and they got it,” Peter says.

Christine Egger, who is supporting the gatherings in Cincinnati, says of all the communities she and her colleagues have been invited to learn with, Cincinnati is hosting the “most robust, diverse, inclusive” conversation on neighbourhood economics.

“Oftentimes we’re convincing people that they have the resources they need to create the communities they want to live in,” says Christine. “But in Cincinnati there was no need of that. There is already a very broad conversation that’s incredibly respectful of what each person in the room has to bring.”

People seem energized by the possibilities of something other than more human services in responding to problems in the city.

Kevin Jones, the founder of the Neighbourhood Economics initiative, likes to talk about neighbourhood economics as a way to bring one’s children and/or grandchildren back to the places they grew up in and loved.

“The core myth we need to disrupt is the time value of money that sanctifies extraction at the expense of value creation,” Kevin says.

“We at Neighbourhood Economics think that the new myth can best be acted out within a neighbourhood when you get away from the abstraction of capital and asset classes and ask yourself a couple of questions. ‘What would I give too gladly to create a neighbourhood where my kids could move back and have exciting, fulfilling lives? What would I invest in at zero interest to create a community where my kids could come back and then I would be around my grandchildren several times a week?’ ”
Handmade living. Place-based. Local. Those are some of the terms Peter uses to describe neighbourhood economics.

“In some ways neighbourhood economics is trying to find a peaceful resolution to what’s going on in the world — a non-violent, non-political, non-ideological resolution,” Peter says.

The symptoms mostly reported on through the news — crime, hunger, health issues, what to do with people on the margins, taxes — are all largely manifestations of what has come to be the dominant way of economics, the acceptance of scarcity, the value of competition and the “absolute joy” in unfettered consumer markets.

In some ways neighbourhood economics is trying to find a peaceful resolution to what’s going on in the world. — Peter Block

“We’re saying there is an alternative way of thinking about economics,” Peter says.

Looking for the Valuable Stranger 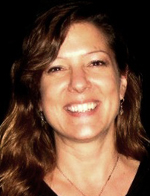 The work of accelerating that capital starts with connecting people.

In Cincinnati, there are a large number of “triangles” — to use the language of network building — to be closed, stemming from the first gatherings.

“We’re getting introduced to this person and that person and want to make sure that they meet each other,” Christine says.

Kevin, a co-founder of the world’s largest conference for social entrepreneurs and impact investors, Social Capital Markets, brings learnings from that experience to developing neighbourhood economics.

“We have this way of working that we call looking for the valuable stranger, which could be the person that when you got together and said who should be in the room, they’re not on the list,” Kevin says.

“(The work) is helping people recognize those people and have them learn to become unlikely allies.”

There’s lots of opportunity for more of these unlikely alliances in Cincinnati, he adds.

“So there is this need to stitch things together and help people to know across a more advanced network who are the valuable strangers.”

In all of this, the goal is to create true partnerships between people, as opposed to one group “experimenting on or doing for” another.

‘Taking Our Economy Back from Wall Street’

What makes neighbourhood economics enticing is that one can see the impact firsthand, because it’s happening right in “your own backyard,” so to speak. 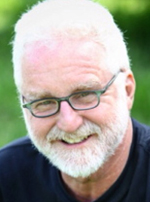 “A key thing that neighbourhood economics tries to do is to create a market at the intersection of money and meaning,” Kevin says.

“We’ve done that with venture capital and now we’re doing it in neighbourhoods.”

At the heart of this work is moving away from the notion that giving and investing must always be separate activities to seeing how one can do both at once. One term often used to describe this is impact investing.

The difference with neighbourhood economics is that it’s not about investing in some distant entity.

“You don’t have to get into the abstract, ‘Oh, should I think about my portfolio?’,” Kevin says. “Instead, it’s, ‘I want to build a town where my kids or my grandkids can come back because (they will) have a job here.’

As just one example of how this might work, say a trusted circle that meets regularly, a Sunday school class or a book club, decides to have each member contribute an amount of money to a collection of funds that they then want to use to support some local project — local food production, for instance.

Now imagine that a software program currently being created in Lexington, Kentucky allows this group to find out which local non-profits have been vetted by local community foundations as doing work related to strengthening local food production. This grassroots “giving circle,” if you will, may choose to donate to those non-profits.

They may also invest in a non-profit or even a mission-focused for-profit via something called donor-advised fund investing. Donor-advised funds are one tool for moving tax-deductible money through the local economy that allow contributors to direct where those monies get spent. They are often housed for individuals at community foundations. Donor-advised funds can invest equity or debt; there is no cap on interest by law. The Neighbourhood Economics model aims for low-interest or zero-interest loans, below what non-profits would be charged by a traditional non-profit lender such as community development finance institution. Kevin describes donor-advised fund investing as “the liminal crucible of philanthropic investing where you get a deduction so you can legitimately think long term — 12 years — the length of time it takes a child to get from first to 12th grade.”

Turning Walmart Back Into a Farm

In Cincinnati, Peter and those working with him are now looking to create interdependence among four groups in the community, which include:

The intent is to bring all four of these together in a Cincinnati neighbourhood like Avondale or lower Price Hill and get them in a relationship with each other, to see what’s possible.

This is a long term way of being together, Peter adds. “It’s not a program that we’re going to try.”

A related intention is to impact the economic consciousness of citizens that are well-off through a series of forums and discussions.

The hope is that people become more aware of their power as a consumer, that they realize every dollar they spend is a vote for a particular kind of future.

It’s all about gaining control of our collective economic life, Peter says, who is waiting for the day when we’ll have a ground-breaking ceremony to turn Walmart back into a farm.

And now, what question(s), if answered, could move what’s underway in Cincinnati to the next level?

I can’t live with the journalism of needs and deficiencies and try to create a world of possibility and abundance. — Peter Block

For Christine, the question to ask in Cincinnati at this point is, “What is ours to do together?”

“That exploration is going to be different every time that’s asked because it’s an emergent answer that comes from the people who happen to be in the room at the time and engaging with that question and it comes from where they are now and that is always changing,” she says.

In addition to Cincinnati, two communities in southern rural Appalachia in North Carolina and one in Allentown, Pennsylvania are also venturing into neighbourhood economics.

The hope is that the work happening in these different places activates a network where some people are building some tools in one place and others are building other tools in other places, and there can be an exchange of those learnings and tools.

“We want to see that network be able to come alive, that’s what we’re really hoping for, and we’re already seeing that happen . . . a kind of solution exchange that will create a resilient network of small towns and cities,” Kevin says.

You can comment on this story below, or e-mail [email protected].