Looking Back to Look Forward: The Intellectual Heritage of Asset-Based Community Development

In 1995 John McKnight and Jody Kretzmann convened a circle of friends to help them establish the Asset-Based Community Development (ABCD) Institute at Northwestern University. The Institute was built on John and Jody’s work and research over more than forty years and is now at the center of a global movement for citizen-led action.

In June 2015 ABCD Europe marked the 20th anniversary of the Institute by hosting “The ABCD Festival.” The five-day gathering in Blackpool, England brought together people from around the world who have fostered place-based, citizen-led, and asset-based social movements.

That week Festival Convenor and ABCD Europe Co-Director Cormac Russell also launched his book Asset-Based Community Development: Looking Back to Look Forward, which he described in a recent post on his blog Nurture Development. Cormac’s book is available from iTunes, Amazon and Barnes & Noble.

Looking Back to Look Forward is a prequel to a longer book I’m writing called Altered State and seeks to explore the intellectual heritage of Asset Based Community Development. 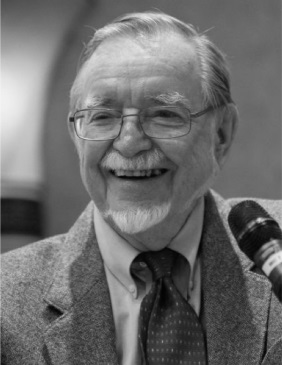 In direct interview with John McKnight I explore how — between the late 1950s to date — ten radical thinkers have helped to shape this hyper local, citizen led perspective.These include: 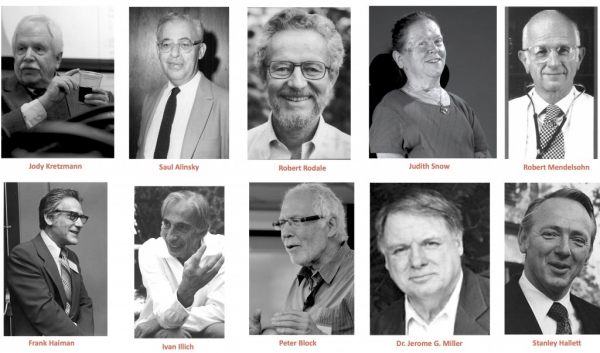 Poignantly, Judith Snow provided the art work for the cover of the books two weeks before she passed. Making what was already a wonderful experience —the writing of the book —even more meaningful. The piece of Judith’s art is entitled “Altered State.”

The central thesis of the book, as with ABCD, is that we need to make small the new big. In a citizen centred democracy citizens produce the future, and the state creates a protective and equitable dome of protection around that, within which citizen led /community invention can flourish.

This book reminds us of the limits of defining democracy in government centric, instead of citizen centred terms. Its central assertions are:

It is clear that ABCD has a rich and varied intellectual heritage. And that it does not espouse any one way, but rather is grounded in the belief that we’ve got to figure out our way, where we live, together with our neighbours, and be prepared to continue to revisit and revisit in an endless effort to broaden our circles of participation. In this regard it reaffirms the values of localism, and a belief in the significant capacities of indigenous communities. Which largely go unnoticed.

Of course ABCD recognises that there are external forces at play that must be challenged and changed. It simply questions the merits of exclusively trying to change those forces before we’ve done the work of identifying, connecting and mobilising the local forces and resources internal to communities.

The inherent promise being that if more people come to the democratic table, to secure more income, community, choice and control we will alter the State of things at all level. I hope you enjoy the book as much as I enjoyed writing it. 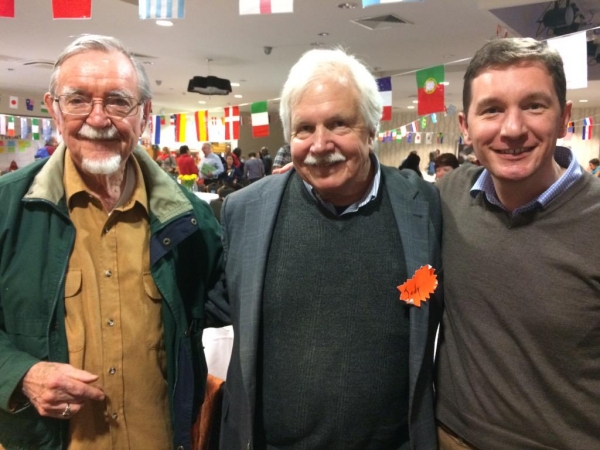 Cormac Russell
Cormac Russell is Managing Director of Nurture Development, Director of ABCD Europe and a faculty member of the Asset Based Community Development (ABCD) Institute at Northwestern University, Chicago. He has trained communities, agencies, NGOs and governments in ABCD and other strengths-based approaches in Kenya, Rwanda, Southern Sudan, South Africa, the UK, Ireland, Sweden, the Netherlands, Canada and Australia. In January 2011 Cormac was appointed to the Expert Reference Group on Community Organising and Communities First, by Nick Hurd MP, Minister for Civil Society in the UK which he served on for the term of the Group. Examples of recent work include: Leading all national sporting organizations in Canada, in conjunction with the Canadian Council for Ethics in Sport, to adopt a shared vision as to how sport can become an asset for community building. This is effecting significant changes in the structures of major sporting organizations but also at a local community level in terms of community empowerment and citizen driven development. Advising I&Dea in the UK on the development of an asset based approach to health and on addressing health inequalities in low income communities as well as how an assets approach can improve community health and well-being. Partnering with Youth Work Ireland on a national program involving hundreds of youth practitioners and thousands of young citizens to develop a strong culture of youth led initiatives. Working in partnership with the University of Limerick and Atlantic Philanthropies in Ireland to infuse an ABCD approach across the entire city of Limerick. Part of this process involved organizing an entire neighborhood to address issues of loneliness, fear and intimidation and to support citizen driven development. The long-term vision is of a city that puts citizens and communities in the driving seat, through processes of neighborhood organizing and bottom up planning and where services are organized in the way in which community is organized.